Thomas Wernberg born in Denmark in 1969. He has a Ph.D. degree in Hydrogeology and a Master in Music from DIEM, Royal Academy of Music, Denmark. The music career started in late 80ties with the band ATOM as an experimental band with roots in tradition industrial music. In the last half of the 90'ties he was involved in the goth-industrial club 'Dans Med Døden' and the club for new electronic music , Selectricity. The music creation came into focus again as Selectricity transformed into a music collective with several live acs, and several music productions for stage performances. From 2004 Thomas Wernberg has been focused on solo works and the experimental electronic-acoustic constallation Problémes de Communication making music for old movies and visual art.
The music has roots in the traditional industrial music using an ambient approach. The music is often made on analog gear and often using objects not designed for music. However, Thomas has also experience in field recordings and algorhitmic music. 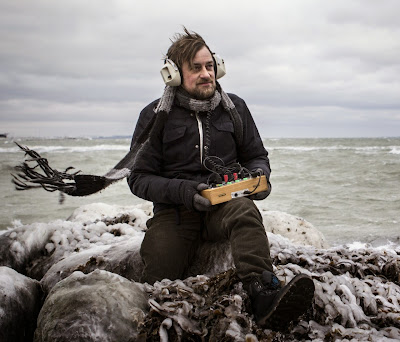